Port and the Douro – Richard Mayson

April 1, 2016 no comments in Uncategorized

I may be repeating myself but I’ll say it again, in a country like Portugal, which has unique heritage and manufactures some of the best things in the world as far as fortified wines are concerned, it pains me to know that there isn’t even an updated edition written by any of the national experts on Port wine, Madeira wine or Moscatel de Setúbal. But in this specific case I’ll write about the Port wine and the Douro, and once again we have to thank those who come from abroad and have many decades of accumulated experience writing about Portuguese wines. The author is Richard Mayson, well known for works such as Portugal’s Wine and Winemakers, The Wines and Vineyards of Portugal, and is now releasing a new edition of his bestselling Port and the Douro. 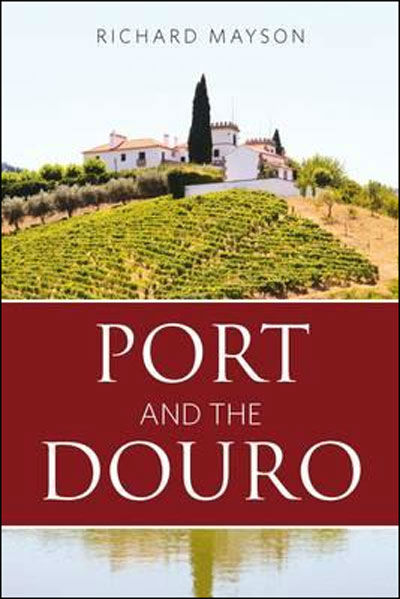 Port and the Douro – Richard Mayson

In addition to being a wine producer (Sonho Lusitano) in Portalegre, Richard Mayson is a profound connoisseur of Portugal’s wines and an expert in the fortified wines area. I’ve already approached and written about his recent book dedicated to the Madeira wine in a recent piece. This time he decided to release a new edition of the Port and the Douro, a work resulting from many years of work, visiting producers and tasting with them side by side. The outcome is at plain sight, once again with a beautiful book that shows us the fantastic world of Port Wine. It’s a complete journey where nothing seems to fail or be forgotten, from the history of the region as it started, to the winemaking process and the types of Port, through the various Quintas, vineyards, or through the various native grape varieties of the region. The various illustrations and maps are a precious help that help us to locate and realize in captivating way what we are being given to know. The part dedicated to the vineyards, as the whole book, is an example of the easiness with which Richard Mayson conveys his knowledge, as well as the all notes and curiosities that he highlights along the book and the part dedicated to the Homens que Moldaram o Douro (Men who have shaped the Douro).

The book ends with a large section dedicated to the Vintage Port that is available for free, as a Vintage Port Guide, and has already been a chronic target. Although there is now an updated version, which is a great asset and helps to better understand what features each year with reminders for each vintage, since 1844, the oldest one tasted by the author, up until 2015. We can still find a few brief notes on how to save, age and serve Port wine, ending with some brief notes on the main producers. A book in the image of Port Wine, delicious.