Academic background: Law Degree and Postgraduate Diploma in Banking Law, Securities and Insurance;
Professional experience: Law and Bank Activity (banking litigation, restructuring and renegotiation of past due loans, strategic and operational management);
Experience in the Wine Sector (7 years): Wine Blogger until January 2013 (Minha Louca Paixão), Writer for the specialized Press and Taster in the resident panel of a wine magazine (until March 2013);
Judge in national and regional wine competitions and in Revista de Vinhos’ annual competition (“A Escolha da Imprensa”);
WSET Level 3 – Award in Wines and Spirits (Distinction). 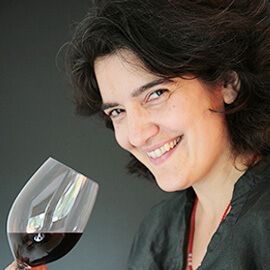 Sarah Ahmed is an independent, London-based wine writer, educator and judge with a particular interest in the wines of Portugal and Australia.
Sarah was awarded the Vintners Cup in 2003, the Portuguese Annual Wine Awards’ Wine Writer of the Year 2009 and was short-listed for the International Wine & Spirit Competition Communicator of the Year in 2009 and 2010.
In addition to publishing www.thewinedetective.co.uk she writes for several respected magazine titles including Decanter and The World of Fine Wine.
Since 2006, she has contributed on Portugal, Port and Madeira to Hugh Johnson’s Pocket Wine Book. Sarah consulted on Portugal and Australia for the seventh edition of The World Atlas of Wine by Hugh Johnson and Jancis Robinson MW and has contributed on Portugal for the upcoming 4th edition of Jancis Robinson MW’s The Oxford Companion to Wine. Counted among Decanter’s “experts par excellence,” she is Regional Chair for Portugal at Decanter World Wine Awards, the world’s largest and most prestigious wine competition. In 2013, she was admitted to the rank of Cavaleiro of the Confraria do Vinho do Porto for her commitment and contribution to Port wine. 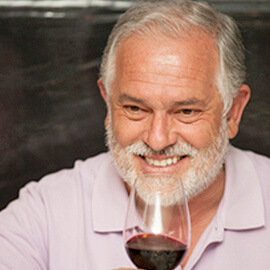 Frequent participation in the organization of Wine&Food events (e.g. Commissar of “Port Wine Fest” 2012 and 2013 wine event);
Extensive experience in wine tasting and gastronomic review;
Judge in national and regional wine competitions and in Revista de Vinhos’ annual competition (“A Escolha da Imprensa”);
Writer in the Wine and Gastronomic field;
National media recognition associated with his presence in radio and television programs and hosting the wine television program, “A Hora de Baco”. 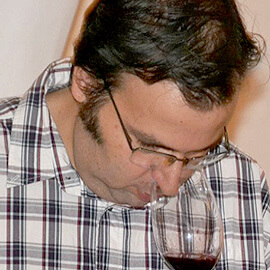 João is the first Portuguese wine blogger since 2005 and founder of the Portuguese wine blogger movement;
His blog was the first Portuguese blog to have a link at eRobertParker.com;
He was a judge in Revista de Vinhos’ annual competition (“A Escolha da Imprensa”) and also in the Alentejo wine competition, called “Melhores Vinhos do Alentejo Engarrafados”;
He was a writer for 2 Portuguese wine magazines (Tribuna Douro e Divinum);
Recommended by the Brazilian magazine Prazeres da Mesa (category Drinking Well – Wine): First wine blogger organizing a wine event in Portugal (Vinum – Alentejo);
Awarded best wine blog in the Year 2012 by W-Prémios of Aníbal Coutinho. 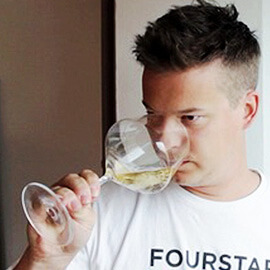 Ilkka Sirén is a wine communicator from Helsinki, Finland. His passion for wine started in Brazil, believe it or not, where he lived as a teenager.
Ilkka did his first harvest in the Douro Valley and since then he has been working with some of the most well-known winemakers in Portugal, South Africa and Spain.
After returning to Finland he founded a video blog called ViiniTV (2009-2013) which was voted the best wine blog in Finland. Additionally, Ilkka was shortlisted in the first ever IWSC Blogger of the Year competition in 2012.
Ilkka spends much of his time traveling around the world constantly learning about wine and communicating to his followers the stories behind this great beverage.
He is a passionate communicator but most of all a wine drinker and an aficionado of all things tasty. He is also an Official Sherry Educator certified by the Consejo Regulador de Jerez de la Frontera.

Bruno is a beginner in the world of wine. He made his training in a completely different area, he is a Topography Technician (2014) and attended Computer Engineering at FEUP. Although Bruno has participated in many vintages in the small family production that his grandfather had in Lixa, he never paid much attention to the vineyards cultivation and winemaking processes. True to his birthplace, Porto, he has always been a nomad as far as working goes, and embraces now, as he says, “this fantastic project in the wonderful world of wine” for which he confesses to be falling in love with. Bruno is fluent in English and masters a broad range of the existing software tools. 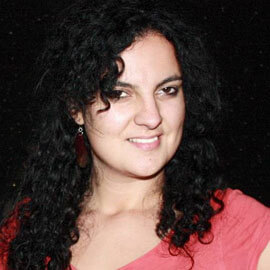 Jani comes from a blend of Irish (father), Portuguese (mother) and English (place of birth) flavours. She first arrived in Portugal at the age of four. By the time she turned 20, she had a degree in Languages and Business Studies under her belt, after three wonderful years at University of Aveiro. Following some experience as a multilingual receptionist, Jani aimed for something bigger and wilder, so returning to London was the next step in her career. She has now been working there since the end of 2012 and will be completing an MSc in Specialised Translation with University College London in September coming.