It’s so sensual – Coupe vs Flute

Wine is party! Whether it be with the most common nectar or the most stratospheric. In Western countries we usually celebrate and toast with wine. Not everybody likes wine, and not everyone has a sophisticated, educated and enlightened taste. Just like many don’t have the money to fulfill the wish.

In addition to the wine its quality and price, there’s the glasses’ factor; a problem I have in my group of friends since not all of them have such a deep relationship with the wine, therefore unknowing the vases’ importance. There are reluctant ones, whether it be for stubbornness or disbelief, ignorance or inexperience, but those who drank wine on good glasses…

It’s a bit like the cutlery. Until very late the Europeans ate by hand. The skewer and blade were a common thing at the table, making the times for knife and fork. Even though the fork is a very ancient instrument, long before Christ.

Nowadays, the fork is so common and so logically useful that it might sound weird how the Europeans ate with their hands up to XVI… XIX… XX century. It is said that its first appearance was at the table of the King of France by the hand of Catarina de Medicis, married to Henrique II.

The fork replaced the skewer and blade, but the knife remained forgotten. There’s lack of reliable information, because it wasn’t given much importance at the time, but legend has it that was at Parisian restaurant La Tour d’Argent that they finally found its place together at the table.

The foundation’s date is uncertain, but this house – which still exists today, though it has changed address – is said to have been established in 1582. It must have been then that Henrique IV, consort of France and King of Navarra, learned to use cutlery, the first monarch to ever use them.

Luis XIV, his grandson, was a regular at La Tour d’Argent and, by that time, the usage of cutlery in the crown was already a common thing. However, silverwares only began to emerge in wealthy homes from the mid-nineteenth century onwards.

It is said that King Sol said that champagne was «the King of Wines and the wine of Kings». A nectar that was born in 1670, by the hand of Dom Pérignon. From that point on, this sparkling no longer left the monarchs side, but they drank it in undifferentiated and obviously dysfunctional glasses. 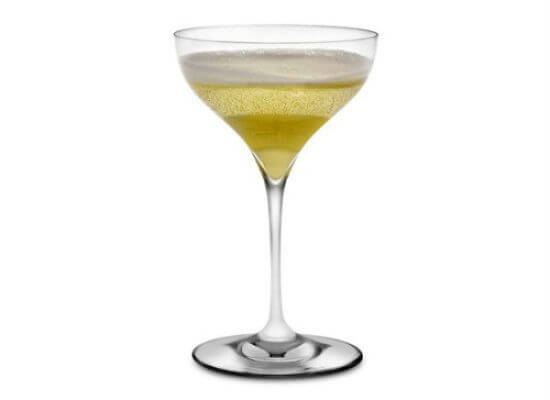 There are two versions for the birth story of its first dedicated coupe. The first champagne coupe is said to have been modelled on a breast of Queen Maria Antonieta or of Josefina de Beauharnais, wife of Napoleon Bonaparte.

Science and ingenuity prove that coupes are improper for a sparkling wine. As any instrument, function is rather more important than shape. And thus was born the flute. 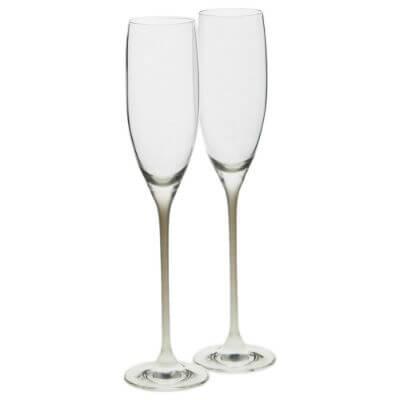 While the flute, with its crystalline timbre, combines the sparklings’ delicacy and maintains the soul of the wine… the coupe, born in the intimacy of royalty, is far more beautiful.

With snobbishness – it’s a provocation, but with no offence intended – the flute is bourgeois, so it must be shown. The coupe is noble, nobility’s old-gold, discrete and reserved.

Not convinced? I’ll go back to the cutlery. The silver – with its characteristic odor, requiring care when preparing the table – will never be defeated by christofle, a material named after the jeweler that created it.

A coupe is far more sensual than a flute… and who is able to keep a delicate sparkling wine, for a long period of time, in the glass?