Filipa Pato: A Wine grower, not a Winemaker

If there is a characteristic which I particularly admire in winemakers, indeed in life generally, it is open-mindedness.

A willingness to learn and grow – a humility if you like which, in my (humble) opinion, is absolutely key to the true pursuit of excellence.

It is a quality which is typified by a new generation of well-travelled Portuguese winemakers even if, like Filipa Pato, they have now firmly rooted themselves in the regional vernacular. It doesn’t get more traditional than making Baga in Bairrada!

Although Pato had the chance to study winemaking she tells me, “I preferred to learn and practice with good winemakers because, when you study too much, you are too technical and don’t have enough practical experience.”

Alive to the travel opportunities which wine presented (her father is Bairrada’s globe-trotting Baga maestro, Luis Pato), she tapped his contacts in Bordeaux, spending time at Château Cantenac Brown, Margaux. Bitten by the travel bug, she then headed to Margaret River’s Leeuwin Estate, one of Australia’s most lauded Chardonnay producers, followed by Argentina, where Pato worked for Finca Flichman.

The outcome of this “industrial espionage?” Pato says “it’s important to taste other countries’ wines so that we can understand our differences and compare prices and quality and see very well our position in the market. Where our wines sit on the world stage.” Especially where, she adds, export markets are more demanding. It’s a process she witnessed first-hand at Leeuwin Estate where, eyes widening at the memory, she recalls every day the winemaking team would taste the very best Burgundies – “not village wines, but Domaine Leflaive Batard-Montrachet Grand Cru!” 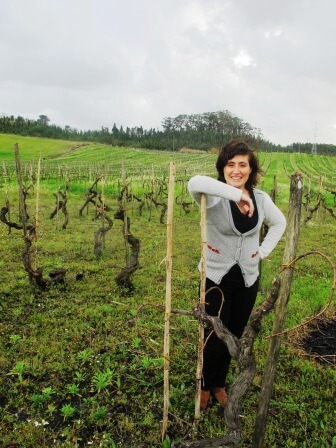 Though Pato is now exclusively focused on making wine for her eponymous Bairrada label, she believes “it is a great exercise to keep tasting other wines because it opens my horizons and gives me confidence in what I’m doing and a pride in our own traditions.”

Burgundy, which she visits every year, has a special place in Pato’s heart. Her eyes light up at the memory of talking grapes, vintage and winemaking with Burgundy luminaries like Eric Rousseau (Domaine Armand Rousseau). Not just because of their redoubtable skills but also, she explains, “because they have grown up in the same situation as me. They were born in the middle of the countryside and Burgundy is very similar to Bairrada with its soils [chalky clay], slopes and wineries in the midst of villages, each of which produces a different expression of wine.”

Pato’s dream is to develop a similar recognition for Bairrada’s micro-climates to which end she and her husband (renowned Belgian sommelier and restaurateur William Wouters) have leased or bought all the good old vineyards they could find.

She has even begun to create a map of its best terroirs (pictured). More importantly, explaining “I don’t like to say I’m a winemaker, I’m a wine grower who grows grapes and makes the wine,” Pato has embraced Burgundy’s culture of vignerons (or wine growers).

Impressed by their preoccupation with old vineyards and great terroir she observes, “if you go to Burgundy, vignerons spend most of the time in the vineyard.” It’s why, when the vines are asleep over winter, Pato travels while, during the growing season (March to October), she aims to be at home in Bairrada. 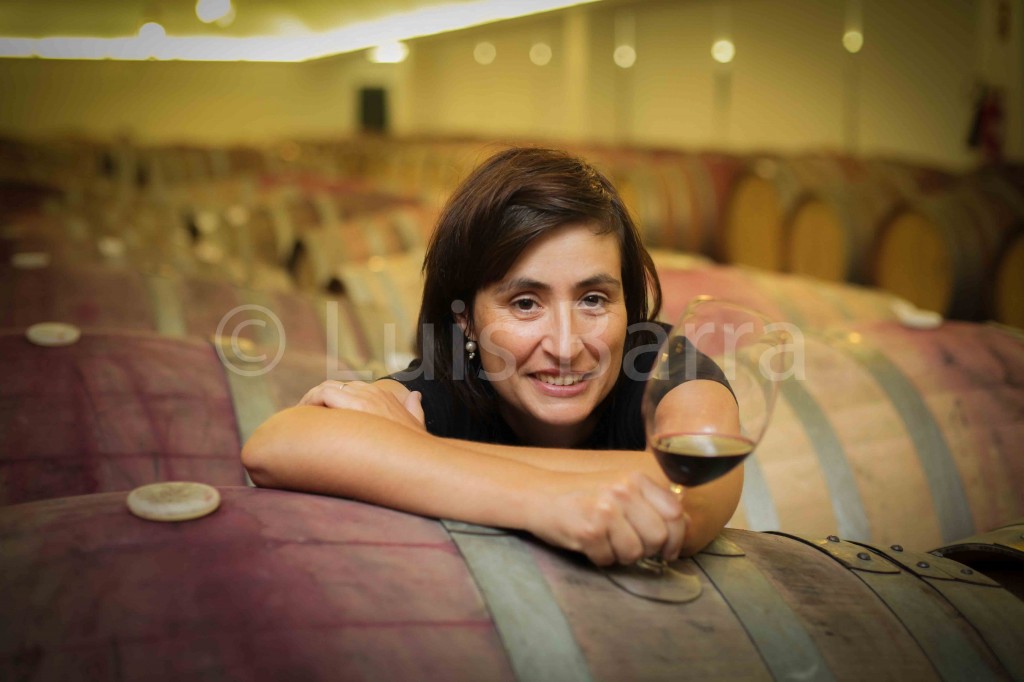 She asserts “for me now, it is quite important to make wine in only one region, to breathe Bairrada every day and work with the same grapes and same vineyards so that, with experience and focus, I can get better every year.” And being better means producing wines which reflect their unique origin or, as her labels put it “authentic wines without make-up.”

While she says Portugal did not really have this culture of wine growers in the past or, at least it was not well regarded, Pato reckons “there is a new movement of [well regarded] vignerons in Portugal.” She adds the development is invaluable not just for wine, but because “we need wine growers and other artisans, or we won’t keep our villages; places will lose their charm.” It’s why she and Wouters are restoring an old winery in the heart of Óis do Bairro, the village where she grew up. And, of course, it means she can be close to the vines.

Here are my notes on the latest releases of Filipa Pato’s authentic wines without make-up:

Filipa Pato Nossa Calcário Branco 2012 (Bairrada)
This 100% Bical (tasted from magnum) is one of my favourite whites from the region (and indeed Portugal). Made from grapes sourced from Pato’s village of Óis, this complex, textural wine is aged in 500 litre French oak casks on lies with batonnage. Ripe, round creamy stone fruit is deftly balanced and teased out over a long finish by its brisk cut and thrust of grapefruity, mineral acidity. Salty, smoky nuances speak of its Atlantic chalky clay terroir. Superb. 13.5% abv

This is the first time Pato’s FP red (the junior red) is all about Baga (it used to include a significant percentage of Touriga Nacional to “soften” the palate). In 2012 the root to drinkability is instead achieved by a dash of co-fermented white grapes (1% Bical, 1% Maria Gomes) together with a cold soak on skins followed by a super-short, gentle 2-3 day maceration. Additionally, it sees no oak (which would add tannin), having been aged in concrete vats. It’s a delightful wine, somewhat reminiscent of Loire Cabernet Franc (of which Pato is a fan) with its crunchily fresh cinnamon-edged red cherry, plum and damson fruit and fine tannins. Uber-drinkable. 12% abv

Filipa Pato Nossa Calcário Tinto 2010 (Bairrada)
Modern in its purity, classic in its structure this 100% Baga (tasted from magnum) has crunchy but sweet, ripe red fruits, a flinty, smoky minerality and terrific freshness and persistence. Intense rather than dense, an ultra-fine sheen of tannins powders a lingering, dry but juicy long finish. Very good. 13% abv

Filipa Pato Nossa Calcário Tinto 2011 (Bairrada)
The 2011 vintage reveals riper fruits of the forest (red and black) which are well supported by more sucrous, rounded tannins. Nonetheless, very true to its roots, this is a well-structured, well-defined wine – long and persistent with a mineral-sluiced, delicately hewn finish. Very good. 13% abv

Filipa Pato Espírito de Baga Uma Saga (Vinho)
Pato has revived a Bairrada tradition which was lost in the late 18th century as a result of measures designed to protect the Port industry. Which seems a bit silly when this fortified red bears little resemblance to Port. As you’d expect given the Atlantic influence, it’s fresher and more finely wrought. Really silky, poised and persistent with succulent but well-defined black fruit, peppery lift and a long, mineral-sluiced finish. The secret to its elegant spirit integration? The spirit comes from Baga grapes from Bairrada. Unique and excellent. 17% abv