Wine from everywhere – starting with Douro

October 30, 2015 no comments in Uncategorized

During the Portuguese Colonial War, the army was supplied with bottled wine. “Back then, selling wine by the glass was forbidden, because the state suspected that this was an opportunity to taint the wine.” In 1965, a scandal exploded when people started selling vinho a martelo [wine “by the hammer” or counterfeit wine]. This beverage is “made by fermenting sugar and adding water and food colouring”, according to Vasco d’Avillez.

White or red? Full! “Most people had no idea what a good wine was, and they drank what they were used to, whether it was a washed-out red or an oxidised and heavy white”, explains Vasco d’Avillez.

Oenologist Virgílio Loureiro says that “before the 60s, wine in Portugal wasn’t much better than it had been in the previous 250 years. Cult spots for consuming and buying it were taverns, where it was almost invariably sold in bulk. Customers’ demands weren’t high, because the glass was served up to the top – preventing people from appreciating the aroma – and it was generally drunk at once.”

Although taverns in Lisbon and in Porto had favourite areas of origin (but not designated origins), they sold wines from different locations. Wine mostly came from the tavern governor’s hometown.

The Douro region was first outlined in 1756. The company that established this is still around, and is known as Real Companhia Velha. For centuries, Port Wine was the real deal; unfortified wines had no special status.

This company owns iconic Douro brands. In 1912, Grandjó was created especially for late-harvest wines. Only in the 60s did the first wines without Botrytis Cinerea appear in response to the demand for lighter wines.

Evel was “born” in 1913 – evel is light [“leve”] written backwards. “The idea was to create an elegant, soft and light wine”, explains Pedro Silva Reis, the head of Real Companhia Velha. “The first wines corresponded to those characteristics, much like nowadays: elegant, soft and, in a way, light. Only a few brands were around in those times and only a small part of the wine was bottled and labelled. The brand became more well-known in the 30s and 40s, which is how one can explain why it took a few years before it was considered truly successful.” In the following two decades, Evel made its way to the table of the head of state; from then onwards, labels included a note that said “Supplier to the Presidency of the Republic”. 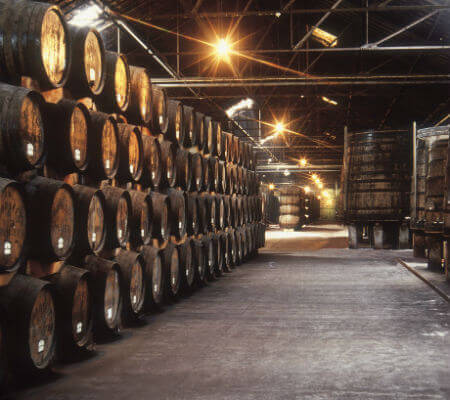 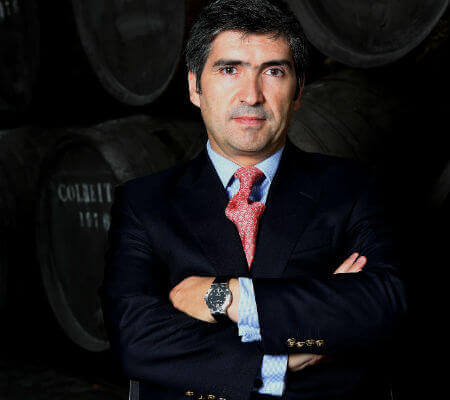 Real Companhia Velha also owns the opposite of the Evel brand. Porca de Murça, created in 1928, was a tribute to a pre-historic monument found in a square of Murça, a small village. “Strong, full-bodied red wines. They only started producing whites a few years later. The brand achieved high levels of fame between the 40s and 60s. It has recently enjoyed moments of glory again, as it became the best-selling Douro brand in the world”, states Pedro Silva Reis. 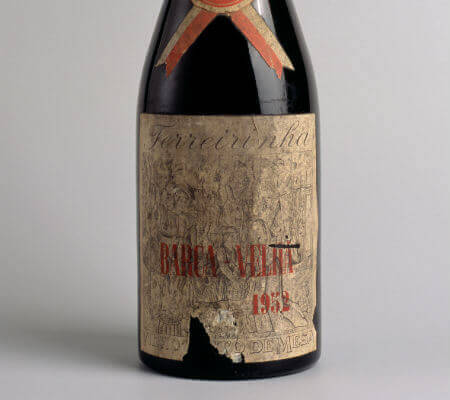 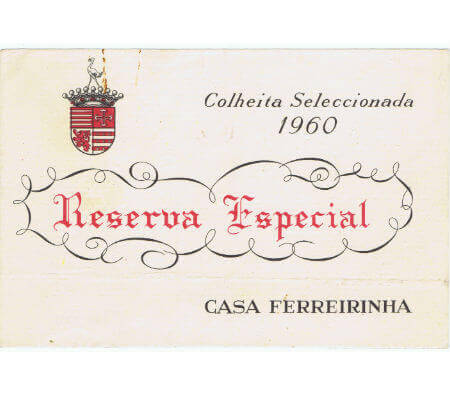 When on the Douro subject, two wines have to be mentioned, which many consider to be two of the best in Portugal: Barca Velha (1952) and Ferreirinha Reserva Especial (1960). Sogrape has established that wines of a stronger storing potential must be called Barca Velha [“old boat”], and those whose longevity is expected to be lower must be called Ferreirinha Reserva Especial [special reserve].

The spirit and style never change. So far, 17 Barca Velha and 16 Ferreirinha Reserva Especial have been released (between 1989 and 1987, the law forbade using the adjective especial).