Wine is Born Even From Friendship Bread with Ham

Raw: The Wines of Luis Seabra

In 2012, Luis Seabra quit his prestigious post making wine at Niepoort to strike out on his own.  He explains, “after so many years doing what I love for others, I think it gets to a point of why not do it for yourself.” 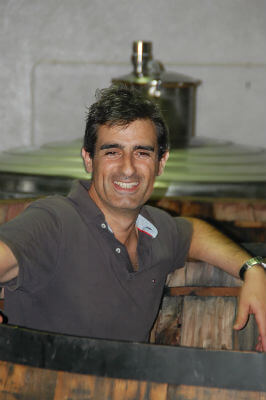 The philosophy at Luis Seabra Vinhos is encapsulated in the brand name Cru, which means raw. Seabra’s aim is to make wines “that really tell you where they come from, wine from specific vineyards with minimal intervention, wines that are true and honest, raw and pure…. Just getting back to basics.”

“Back to basics” has a very specific resonance for us Brits.  It was the campaign slogan that came back to haunt former British Prime Minister John Major during the 1990s as a series of scandals rocked the Tory party.  What does it actually mean to Seabra?

He tells me “the only thing used in the wines is sulphur [an anti-oxidant and antimicrobial agent]” and, even then, in low amounts “just to keep the wines on the track.”  He adds “I also prefer to have more oxygen in the juice and in young wines, for them to be able to stabilize in all ways and to age better in the bottle.”  The impact of this minimal intervention approach is readily apparent in Seabra’s textural, un-pushed wines and the funky, slightly nutty rather than fruity flavour profile of his whites in particular. 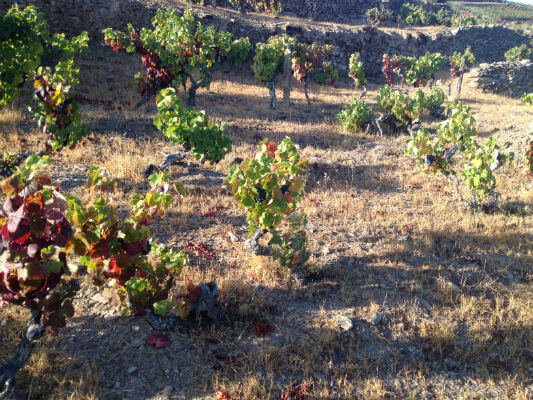 In France Cru also denotes a special vineyard or area of vineyards.  While Seabra is currently buying specific parcels of old vine fruit from a few growers he has known a long time he says, “the moment I will own the vineyards I could do a CRU of a specific plot.”  No doubt he will then bring his minimal intervention approach to grape growing too.  For now, he candidly admits, “I have some input in the vineyard management, but I’m fooling myself. What I do it’s slowly changing mentalities of growers….If I can convince a specific grower not to use herbicides in one year it is a big achievement for me.”

Also in the pipeline are two more reds from the 2014 vintage – a less expensive Douro red and another from “a crazy project,” he says, with a Spanish producer from Navarra, Laderas de Montejurra.

Below are my notes on his first 2013 Cru releases.  Each name-checks the soils – Xisto (Douro schist) and Granito (Vinho Verde granite) – whose influence Seabra seek to lay bare in the glass.  You can taste them with Seabra at Simplesmente Vinho 2015 in Oporto later this month. 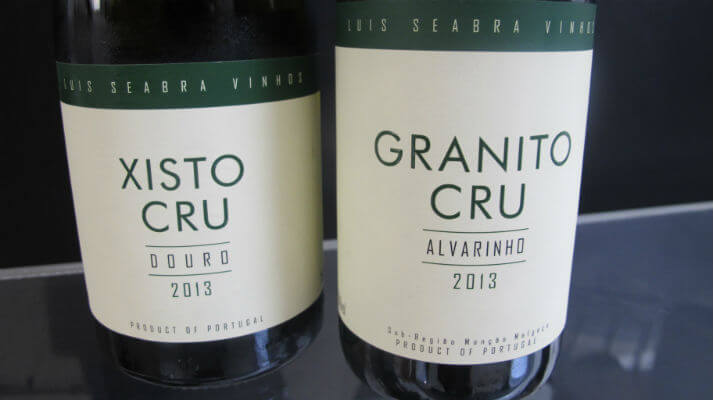 Sourced from four plots in Melgaço.  The grapes were fermented then aged for nine months on lees in large Eastern European oak vats (one new 2000 litre vat, the other a seasoned 1000 litre oak vat).  The wine underwent partial malolactic fermentation. Tangy citrus and stone fruit to the nose, which follows through on a textural, funky palate with soft, pillowy lees and a honeyed finish.  A shapely, very textural Alvarinho with gentle but persistent underlying mineral acidity.  12.5%

Grapes for this Rabigato-led blend were sourced from three aged (+80 year old) elevated vineyards in Meda, the Douro Superior at between 650m and 700m above sea level.  Other varieties (30% of the blend) include Códega, Gouveio, Viosinho and Dozelinho Branco.  A very insinuating wine with dancing, mineral acidity which, with a bit of time in glass, unravels subtly smoky, nutty layers to its very textural, vegetal white asparagus palate.  Like the Alvarinho, it has very distinctive soft, pillowy lees. 12% 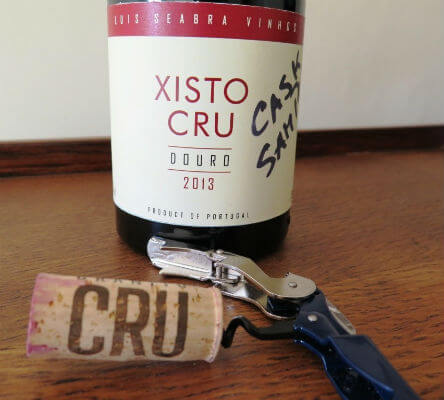 This cask sample blend of Rufete, Touriga Franca, Tinta Carvalha, Alicante Bouchet, Donzelinho Tinto, Malvazia Preta and others hails from two 80+ year old Cima Côrgo vineyards, one at 400m in Covas Valley, the other at 570m in Ervedosa (which is pretty high for reds).  Both are planted in slate soils with a predominance of blue schist.  The grapes were fermented with 50% stems in 3500 litre open wooden vats.  The wine was then aged on lees in aged French oak barrels.  It’s a markedly fresh Douro red.  A world apart from some of the region’s fuller-bodied, rich, robust styles, it wears its crunchy red cherry, currant and juicy black cherry and berry fruit and oak lightly, allowing its fine but firm charge of spicy fruit tannins and smoky, schistous minerality to bring texture and interest to the whole.  Lovely old vine intensity with a deeply embedded pine needle and inky floral perfume which puts me in mind of the Dão.  Promising and unusual in a good way.