I promised myself to write this chronic a long time ago. But, since nothing happened that would make it an emergency I was postponing it. Now has come the time that makes it urgent. The matter concerns two iconic wines from ‘unlikely’ and ‘impossible’ locations.

One was made with grapes from an absolutely magical place, which is located nowhere. Foz de Arouce does not have the right to use any designation of origin. Silly things of the Portuguese, who are able to accept the unification of locations in one region even though they look nothing alike and aren’t contiguous…

If it was in France, an inescapable reference in the recognition of quality and differentiation, Foz de Arouce would have the status of the Burgundy micro-regions. It would probably be a ‘monopoly’. But the Arouce River is located in Portugal, as is the Ceira, who receives it.

The other wine refers to a concrete place, but one that is not a wine location. The Bussaco (with two ‘s’) is beautiful and has one of Portugal’s most beautiful and historic hotels. However, the grapes that make their wines are from Bairrada and Dão. Now, this makes one plus one equals zero – having no right to use the designation of origin.

Though the wines are made with the grape varieties Baga from Bairrada and Touriga Nacional from the Dão, the Buçaco wines (with «Ç», so that it does not conflict with the bureaucratic dictates) are wines that can be said to mirror their territory because the vines have been the same throughout the years. It is as if they came from a single Quinta, divided by two specific regions. Authenticity and charisma abound.

Allowing myself to push the concept out of the established, I say Bussaco is a terroir of cellar and bottle. I will assume as true the geographical location of the hotel. And so, these are two vinous places that are in a plasma dimension – neither solid nor liquid.

Looking at the map, Bussaco and Foz de Arouce are not far from each other, just 36 kilometers. The path is beautiful and the road demands attention. The computer says that the trip between the two places takes 50 minutes. However, it took me more than an hour when I visited the two places in 2011.

I’ve already praised Foz de Arouce’s wines here. What I bring today is a special and commemorative edition. It’s a 2007 wine, produced to celebrate the 200th anniversary of the Battle of Foz de Arouce in which stood out a family member of current Count.

The Battle of Foz de Arouce was not a moment of transcendent importance in the context of the Peninsular War (III French Invasion). Some even just designate it as Fight of Foz de Arouce. It happened on 15 March 1811 when the Napoleonic army was retreating, pressed by the Anglo-Portuguese forces. Leading the allies was Arthur Wellesley (the future Duke of Wellington) and leading the invaders was Michel Ney. 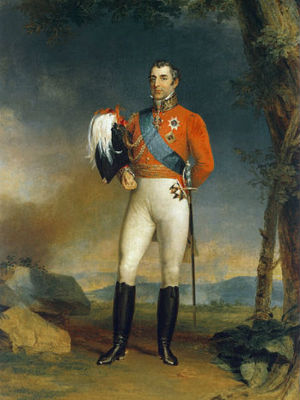 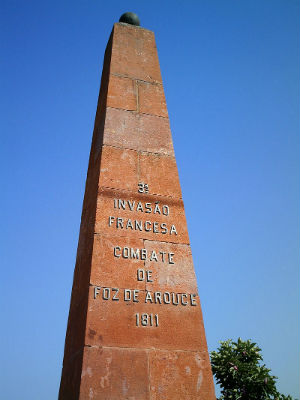 Monument to the III French Invasion in panoramio.com

Bussaco was also source to the name of a confrontation of the Peninsular War, with greater importance. It happened on September 27, 1810 and leading the Anglo-Portuguese side was Arthur Wellesley, and leading the French was the commander of the III French Invasion, Andrè Massèna.

The Allies came out victorious in both clashes. As for the wines, those who have the opportunity to have them do not hesitate. Face them and let yourself be conquered. They will win and the oenophiles will deserve them.

I notice I’m evoking a specific wine of a particular year and another wine of which I haven’t even mentioned the year. I’ll add “all” Foz de Arouce wines and “all” Buçaco wines to the list. And why? Because they are all wines that deserve to be known, and that keep (obviously I haven’t drunk all the vintages, but I’ve came across many) their physical identity characteristics and differentiation of years. They are nectars able to evolve over time and to live long. This generalization is conscious and voluntary.

I am averse to the list of descriptors, as for me, it just sums up the wine to a “thing”, because it becomes reductive. The “small wines” don’t surprise in the definitions and “great wines” surprass that characteristics’ counting. 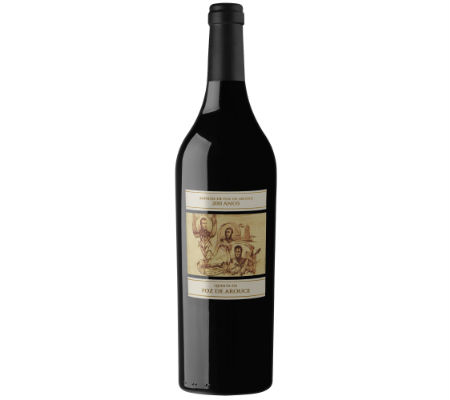 The Buçaco L2004 Reservado has the greatness it’s expected to have. Great in all aspects, alive and elegant, with many years ahead. The bottle had the same problem as the above: only 0,75 liters.

By the way, I’ll explain the “L2004 Reservado” reference: because it is a table wine, supposedly the lowest category in the scale, this Buçaco could not carry its year indication. However, the description of the blend could be whichever one that the producer wanted. So, these nectars blends have the same numbering of the vintage year to which they correspond. Bureaucracy is not an exact science, it is often just stupid. Intelligence wins. Why can’t the table wine be “reserva”? But once again the bureaucrat was dribbled, the term ‘reservado’ is not covered by the objections.

And like this, a bit of Portugal’s history was told.