Dona Berta wines, the lasting of a will A vertical tasting of Bafarela

The sun already warms up and my desire to throw myself into the sea is such that … well! How to write this without sounding like I took too much heat in the head?… The three wines are called Pouca Roupa (Barely Clothed)… the most pop brand of Portuguese wines!

The moment that I received them for tasting I could not control the brain, which began singing “Pop muzik”, M’s success of 1979, the British band of disco sound and new wave pop. It was no accident! That year there was a commercial on television, animated by the song, in which a girl was successively unzipping the pants she had dressed on her, and they seemed not to end … Pouca Roupa (Barely Clothed)!

There’s no need to call Sigmund Freud in order to understand this association. But the frenzied spirit of freedom and enjoyment of the disc sound easily takes over the mood. I found myself as a mental disc jockey and passing over to Patrick Hernandez, with the “Born to be alive.”

I won’t continue enumerating the successes hits I sang as I wrote this text. What I can say is that it is impossible to stop a resolute summer! I demand dancing evenings on the beach!

The brand doesn’t always fit the product, whether it be by incompetence or ruse. But it’s not the case. The Pouca Roupa wines want the summer – I had already said it about a year ago and I repeat it. There are three, each with a color. 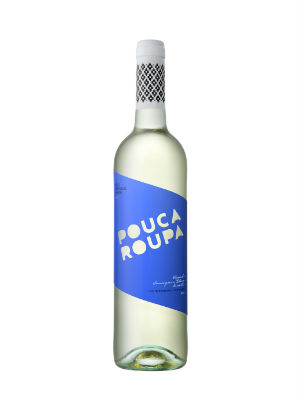 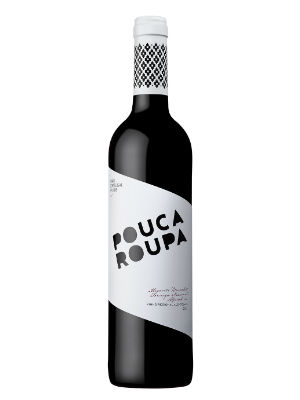 The Pouca Roupa white 2015 is fresh as a penguin… it’s sweet tooth and friendly, with a weight 12,5. It was made with Sauvignon Blanc, Verdelho and Viosinho grapes. It is a direct shot to fun and goes well with food, talk or dance.

Pouca Roupa rosé 2015 is sneaky. The Aragonês, Cabernet Sauvignon and Touriga Nacional blend masks its nature. Were it not moderated in its alcohol weight, 12.5%, and it would be a serious case. It’s a sweet tooth wine and a good company for conversation and party.

The Pouca Roupa red 2015 requires a greater care, because the alcohol content rises to 14 degrees. It’s a blend of Alfrocheiro, Alicante Bouschet and Touriga Nacional. This one requires food on the plate.