The time when there were (almost) zero brands of wine in Portugal Esporão Verdelho 2004, from the cellar to the table

Pormenor: The Devil is in the Detail

October 15, 2015 no comments in Uncategorized

“Pormenor” means “detail” in English.  Evidently, Pedro Coelho has indeed paid attention to the detail and done his homework – his first release of Pormenor Douro wines from the 2013 has already sold out. Not bad for a first generation winemaker who told me “my grandfather was an oak producer, my father a cork producer so… in the family it was necessary for someone to produce and drink… well that’s me!!!!!” 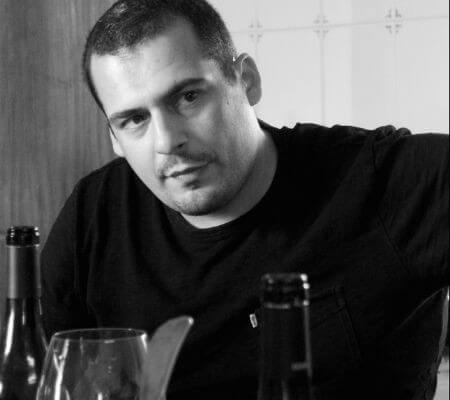 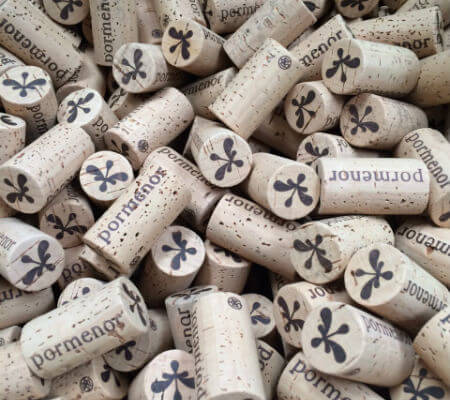 So, aside from Coelho’s boyish enthusiasm for the project, what’s the appeal? The packaging is simple – it’s not trying too hard – but it is classy with a contemporary feel which would catch your eye on the shelf.  And how contemporary is it to launch with two white Douro wines and one red!  There and again (another detail) his consultant winemaker is ex-Niepoort man Luis Seabra, whose very own “Cru” (translation “Raw”) range I wrote up in these pages earlier this year.

Just like Seabra, Coelho’s aim for his own wines is to show the Douro “in the most natural way…with minimum intervention, giving priority to the main important characteristics from the Douro Valley: vines, grapes, soils and climate.”  And like Seabra’s Cru range, the whites are a little funky and very textural. In a way, not so very different from the labels – not trying too hard but insinuating – they find their mark.

In fact the whites are the stronger suit; I found the red a little rustic.  Which is fascinating when you consider that the whites come from the generally warmer, drier Douro Superior sub-region and the red from the Cima Corgo sub–region.  While the Cima-Corgo in the “heart of the Douro” is often cited as the source of the Douro’s most elegant wines and best Ports, Pormenor’s whites live up to their name – the devil is in the detail, especially site specificity.  It’s precisely this factor which explains why, contrary to received wisdom, the Douro Superior is the source of some of my favourite Douro whites.  Take Conceito, Quinta de Maritávora, Ramos Pinto Duas Quintas, Muxagat (though sadly Mateus Nicolau d’Almeida is no longer involved in this project) and Mapa.

Here are my notes on the maiden releases:

Pormenor Branco 2013 (Douro DOC) – this pale yellow wine was sourced from very old field blend vines on schist in the Douro Superior, located at between 400m and 500m in the Carrazeda zone, Ansiães. The grapes were harvested in late August in order to preserve acidity. Apparently Rabigato and Códega do Larinho pre-dominate, both of which  varieties have good fruit, though Rabigato is high in acidity and Códega do Larinho softer, with low acidity. The wine was fermented and aged in stainless steel tanks.  It is a pale yellow with a highly individual palate redolent of cinnamon spice-grilled pineapple, apricot and firmer quince – quite fruity for the Douro.  Complexing acacia honey and a creamy, nuttiness make for a round, silky mouthfeel.  A ripe, very seamless undertow of acidity carries a long finish. Drinking very well now on its own and has the weight and interest to work very well with sauced white fish dishes. 12.63%

Pormenor Reserva Branco 2013 (Douro DOC) – similarly old field blend vines (with Rabigato and Códega do Larinho predominating) were picked early from vineyards in the Carrazeda zone, Ansiães.  However, the fruit came from higher vineyards at between 600m to 800m, so the palate of the slightly deeper yellow Reserva is firmer, more concentrated, grapefruity and mineral once you get past the oak – I much preferred it on day two when the oak was less intrusive and it finished long, focused and mineral. The Reserva was naturally fermented and aged for nine months in used French oak barrels from Burgundy without temperature control and without batonnage.  I’d leave it for a year or so to unwind and allow the oak to integrate.  12.5% 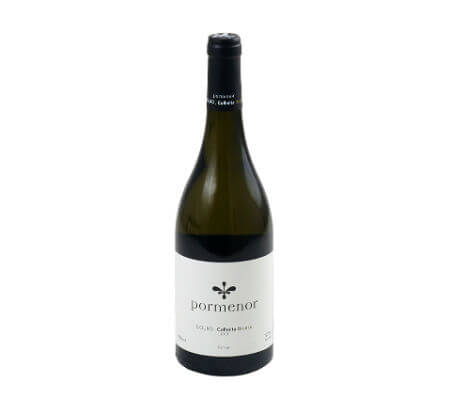 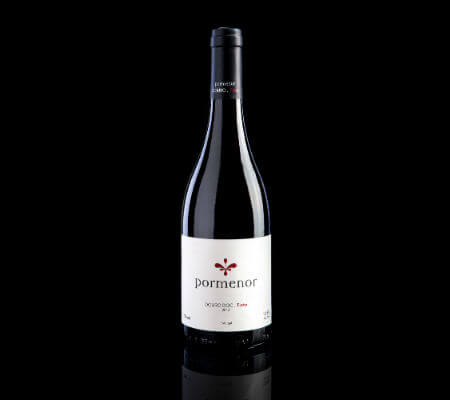 Pormenor Tinto 2013 (Douro DOC) – this medium-bodied crimson blend of several classic Douro grapes (mainly Touriga Franca, Tinta Roriz, Tinta Amarela and Rufete) is sourced from 50+ year old vines in Soutelo do Douro in the Cima Corgo planted at between 500m and 600m altitude.  It was fermented and macerated in stainless steel vats with some whole bunches (stems as well as grapes) for 25 days and aged for 14 months in used French oak barrels.  Like the Reserva White, this wine needed air.  This time because of a “white noise” earthiness to the nose which detracted from the fruit (and which I initially thought could be down to the bacterial spoilage, brettanomyces).  However, the clarity of the palate (from the same bottle) on day three suggests it was a “stemmy” character derived from the whole bunch fermentation.  So how did Pormenor Tinto look on day three? It showed fresh red currant, cherry and plum fruit with a very subtle hint of florality. Though the tannins were a touch earthy and rustic, they didn’t get in the way of this wine’s more enjoyable aspects – the fruit and freshness (indeed allowed that pretty floral hint to come through). While the rusticity arguably conforms to Coelho’s idea to show the Douro “in the most natural way,” best case scenario the stems in whole bunch fermentation can produce wines of thrilling spice, lift and structure. Coelho told me that this wine was picked in early September “to maintain a high level of acidity” but, while I commend the freshness of the palate, I wonder if the stems might have benefited from being a little riper?  Of course, 2013 was a tricky year – from 27 September there was a period of sustained rainfall which encouraged early picking.  So I for one am interested to taste follow up vintages of this wine.  12.5%