Aphros: At the cutting edge of Biodynamics in Portugal Single Harvest Tawnies of excellence!

I remember having a late dinner in the Douro valley at Quinta do Vale Meão last year during harvest when Xito first told me about this MOB project with a boyish grin. He assured me that it had nothing to do with the Portuguese mafia. I wasn’t entirely convinced. But what does MOB mean then?

I’m tempted to offer Tupac Shakur’s version but something tells me I shouldn’t. In this case MOB stands for Moreira Olazabal Borges and it’s the new Dão joint venture of winemakers Jorge Moreira (Poeira), Francisco “Xito” Olazabal (Quinta do Vale Meão) and Jorge Serôdio Borges (Wine & Soul). These three well established winemakers are all based in the Douro Valley but have joined forces to produce a wine in the Dão wine region.

Now, I know what you’re thinking. These guys are just going make another Douro-style wine in Dão and it will all end in tears. Not quite. This wine clique has great knowledge about the different wine regions in Portugal, so it’s not like they don’t know Dão. In fact, the idea with this project is to produce wines with a pure Dão identity which usually means delicate fruit and more acidity driven wines. The MOB gang leased a vineyard Quinta de Corujão in 2010 from the eastern part of Dão close to Serra de Estrela, the highest mountain range in Continental Portugal. 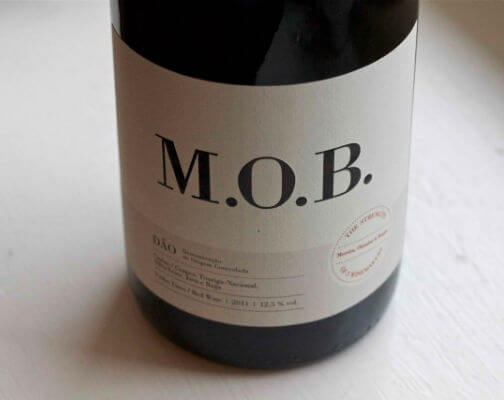 This vineyard lies 500m above sea level and I can assure you it gets quite cold in there. It is not the hot surfing paradise that you often see in the Portuguese postcards, it’s something quite different. It’s even quite different from Douro which is not that far away and the wines are consequently totally different animals.

Joint ventures have always been a bit of question mark for me. Maybe it’s the lack of personal commitment, too many compromises and big egos or because they are made just for publicity, money and world domination but in many cases these sort of wines just do not deliver. And usually you end up paying more for these wines too. But sometimes, not very often, you really get the best of both worlds or in this case best of three worlds. 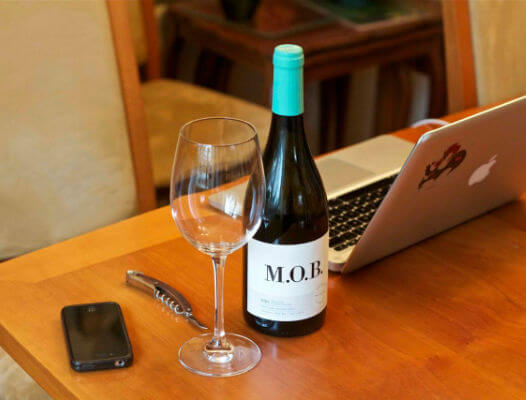 Before I start raving about this wine I should say that I really enjoyed the color used on the capsule. I don’t usually pay too much attention to capsules and such but I just liked it. Maybe I’m getting soft?

This wine is a blend of Encruzado and Bical, both great examples of the vast richness of grapes in Portugal. The viscosity combined with some light “saltiness” and crisp acidity makes the whole experience quite mouth-watering. A bit of a character already and with some time it might develop into a proper go-go juice. I have to say that this wine made me very happy. It’s because of wines like this the unique grape varieties of Portugal are getting the attention they deserve.

I suggest you pour an extra glass and leave it on the table for a while because this wine opens up and develops some interesting riesling-like aromas. Tasty stuff! 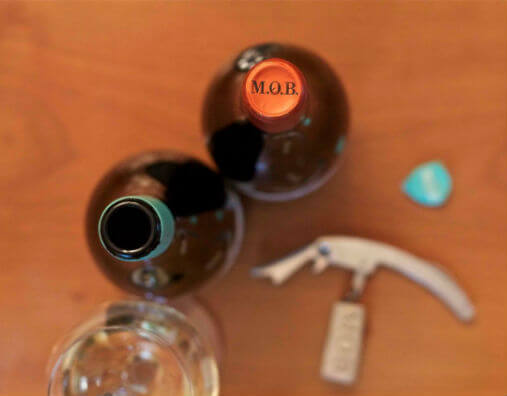 The grapes include an intriguing blend of varities: Touriga Nacional, Jaen (Mencia), Alfrocheiro and Baga. Ripe strawberry, Pepsi cola and dill which I usually associate with Jaen. Seems a bit more focused on the palate. Nice spicy finish. A tad disjointed but a good wine that doesn’t put up much of a fight going down the throat. This wine actually reminds me of one of those flash mob dance things that you see on YouTube. All the grapes came together, they knew more or less how the boogie were supposed to go down but it’s a bit awkward and not perfectly synchronized. But who cares it’s a flash mob so everyone puts on a show and in the end everybody has a good time. And who knows, with some years practicing their moves in the bottle these grape varieties can come together and perform a world-class Gangnam Style instead of slightly erratic Harlem Shake.