Azores Wine Company, rarities born in the middle of the Atlantic

November 16, 2015 no comments in Uncategorized

I have closely followed the work of young oenologist António Maçanita as much as I can. Not so long ago, I heard he was in the Azores, and his first wines were going to start budding from there. This project eventually turned into a sort of lifesaver for some of the grape varieties that inhabit the archipelagos whose Landscape of the Pico Island Vineyard Culture was granted UNESCO World Heritage status in 2004. And hence Azores Wine Company was born, between vineyards they rented and 99-acre pieces of land they bought in Pico, São Miguel, and Graciosa. The efforts undertaken to literally save some varieties before they were forgotten in time are worthy of praise; for example Arinto dos Açores, Verdelho and Terrantez do Pico. According to the last study, the latter had only produced less than 100 plants. This exclusivity goes hand-in-hand with a certain rarity observed in smaller productions that barely make it to the tables of all of those interested in getting their hands on it.

The wines they produce are separated into two ranges: Rare Grapes Collection, composed by varietal wine, where the Arinto dos Açores, Verdelho, Terrantez do Pico and Volcanic Series appear together with Rosé Vulcânico and Tinto Vulcânico. I was lucky enough, and I can even say I had the privilege to taste a few of these wines, seeing as the Terrantez do Pico, for example, was only enough for 380 bottles. One thing they all have in common comes from the maritime breeze and an inevitable – and why not just say it – acidity that feels somewhat accentuated; perhaps due to the volcanic soils. That same acidity accentuates the minerality and salt level, which are common to all the wines. They deserve to and must be tasted and drunk with some care, as they always enclose the conditions in which they were born. 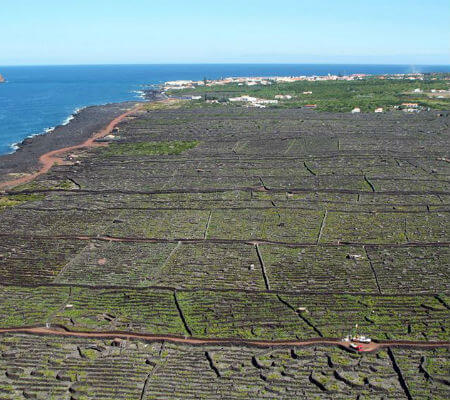 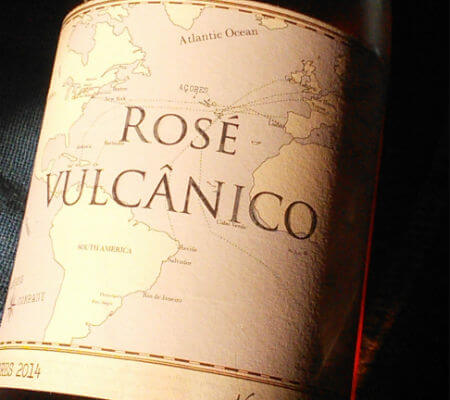 A better example of what I just mentioned is the Rosé Vulcânico 2014, poor in colour and light in alcohol, it unleashes aromas of very present and very clean red fruits and, in the background, a few notes of the sea as well as the inevitable presence of a note of iodine and salinity. This factor, the pinch of salt you feel on the palate, is what brings an element of surprise and may even drive some connoisseurs away. Otherwise, it reveals enough intensity to shine when drunk with oriental-style food.

Two Arinto dos Açores of the 2014 harvest were out for tasting – neither is in any way similar to the continental Arinto; one of them fermented on lees and is thus called Arinto dos Açores “Sur Lies” 2014. The more electric version, an Arinto do Açores 2014, exhibits enviable finesse. It is much less compact, although the acidity must highlight the citrus notes that merge with the mineral flavour, and once again, in this case, the saline aftertaste highlights the finish. On the almost opposite end, “Sur Lies” bets on all of the above although it further enhances everything a little bit. Let’s say it has built up more muscle. Anything that comes in a shell will beautifully harmonise with these two wines at once. 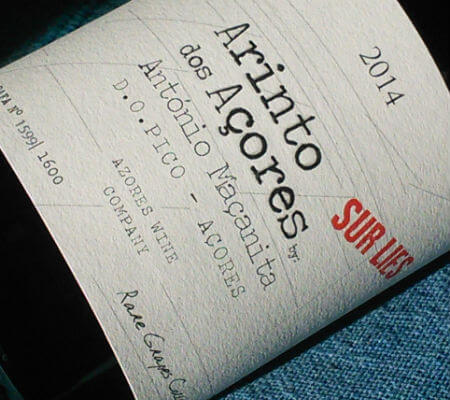 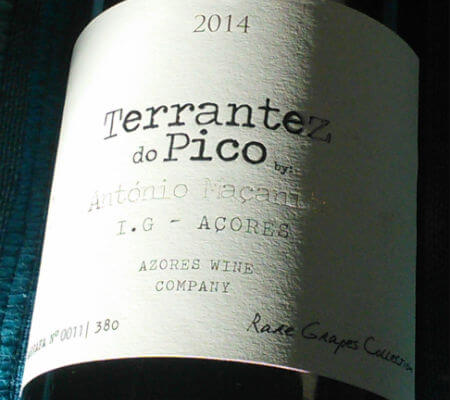 For the end, I will leave the one I consider to be the star of the company, Terrantez do Pico 2014. Coming from one of the 380 bottles produced, it makes a better cupboard wine than a garage wine, and all the better if it’s under controlled temperature because it will hold up well for a good few years. A delicate and refined complexity encircles the blend; it presents quite varied citrus notes, from the riper to the more bitter ones, including nuances of light tropical characteristics. Its exuberance is little to none, yet it seems to need some time to develop, because it’s still closed-in at the moment, while taken over by mineral austerity and an aftertaste of the sea breeze.