When I realized, I found myself thinking about Oscar Wilde

February 25, 2015 no comments in Uncategorized

Portuguese don’t value the wine and such disregard is transversal to social and economic classes. Let us inquire cathedratic professores, of various sciences, about the chance of wine being an art…

I’ve put the question a number of times and added up: wine can be food, business, a product for inducing an altered conscious state which from there can derive to toxic dependence and addiction disease, social evil and public health problem… but not art – almost always.

Since only the ones present are missed and only those who think and allow themselves to think are wise, I’ll leave them be in their academy’s peace. I’ll dedicate myself to the statement that wine is a play.

All plays have the same base text, cast, set and… it’s never the same. And if we add more elements – epoch, society, dramatic company – even greater the disparities will be.

I’ll tell you one experience – extreme – that surely most of oenophiles have already tried: opening identical bottles of an old harvest. I recall one such experience in which five «equal» bottles were opened, three were magnificent and different from each other, another tired and the fifth was spoiled. From that year, 1955, until then, their lives were exactly the same… however… still… yet… but…

Sailors from different epochs have chronicled about the luminescent phenomenon which occurs in high-sea, seen as benign – St. Elmo’s fire, evoking the patron saint of sailors.

Sailors that witnessed an electric and weatherly phenomenon were disbelieved by those who had never felt salty water in skin, clinging to the tomes of certainty. Luís de Camões, in his description of Vasco da Gama’s expedition to India, witnesses St. Elmo’s fire, describes it and challenges:

“- Behold now scripture’s sages, what phenomenons are these of nature.”

Aging is an art, assures songwriter Sérgio Godinho. That’s valid for men and wine – a play in which the actors are bio-beings.

There’s youth’s charm and experience’s charm – like there’s restless teenagers and cranky and cachectic elderly people. The other day I got sad upon seeing a «friend», now with 46 years old, «younger» than when she was 17. The plastic surgery went well, the idea of making it made her look like a fool. 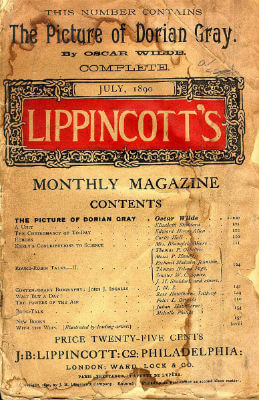 The Picture of Dorian Gray in wikipedia.pt

The homo-erotic «The Picture of Dorian Gray» – edited with censorship in 1890 and in full version the following year – occurs to me frequently when I think about aged wines.

The everlasting beauty of Dorian – who made a pact to be forever young – contrasted with the aging and degradation of the frame, and reflecting the age, addiction and moral corruption.

When the wish wakens me to an aged wine, I look at the bottle and imagine the only Oscar Wilde’s romance. Which wine lives there? Did the label got old instead of the wine?

In this little fantasy there are no more characters, besides Dorian and his corruptor; not even Basil Hallward, the artist that took his beauty and handed it to the hedonistic Lorde Henry Wotton, that – like Fausto – takes him down… the only way of getting rid of a temptation is to give into it. The poet used this same thought another time: «I can resist everything, except a temptation».

And like that, the fate of an old wine or ancient wine, Dorian or his picture is delineated. Some age, others get charm. Citing Sérgio Godinho again: «Can anyone be someone they are not?»