We Finns are known for all kinds of weird traditions. We invented and host annual world championships for Wife-Carrying and mosquito killing. We have competitions for throwing rubber boots and cellphones. We celebrate midsummer by disappearing to the countryside to drink amongst ourselves. On 1st of May we drink lots of homemade non-alcoholic mead. We of course invented sauna which we use weekly. We even had World Sauna Championship to see who can sit the longest in an increasingly hot sauna, but then some people died and we had to stop. We also invented Santa Claus. I mean not invented, he is real. Just saw him a couple of months ago.

In the winter time we go swimming in the lake or ocean by making a big hole in the ice. We Finns drink the most coffee in the world and we’re pretty good in ice hockey. We’re not big wine drinkers, yet, but beer we like. Finland is called the land of thousand lakes but in fact we have closer to 200,000 lakes. In the end of August many people have crayfish dinner parties where people, simply, eat crayfish and get absolutely hammered. This is a story of a night like that.

As you can see from the picture above I attended my first crayfish dinner party when I was only three weeks old. The tradition of crayfish dinner parties is deeply rooted in the Swedish minority in Finland but nowadays is celebrated by all. The crayfishing season starts in Finland every year at 21st of July at noon but usually people start having them in the end of August when nights are getting darker. Usually the evening starts like pretty much any other night in Finland, with warming up the sauna. I was in charge of that and while it was heating up we prepared the crayfish in the kitchen. The crayfish are kinda like mini freshwater lobsters bombed with dill. You usually have them just with some white bread. But the real trick is learning how to properly eat them with out slitting your wrist with the special crayfish knife. Trust me it gets a bit tricky after a couple shots of akvavit. 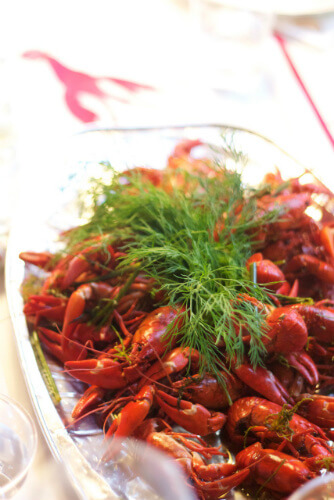 Plate of Crayfish – Photo by Ilkka Sirén | All Rights Reserved

So, after some hours of relaxing in the sauna and swimming in the lake it was time to start the dinner. We start by pouring everyone some akvavit, a spicy booze from Norway. Then the singing starts. We sing a well-known Swedish drinking song called Helan går. The song means “all at once” and it literally says that if you’re not going to down your shot all at once you’re not going to get even a half of the glass. So we sing, we drink and we pour another glass. Then we start eating. My wife brings out her delicious creamy mushroom soup and I grab a bottle of Quinta de Santiago Alvarinho Reserva “Segredo da Avó” 2013 from Monção e Melgaço. Now, I usually wouldn’t go first for the reserva but I thought that the rich creamy soup would need something a bit sturdier. The wine has had some skin contact and a touch of oak aging. It paired beautifully with the mushroom soup. The crisp acidity balanced nicely the full-bodied texture of the soup while also bringing some nice citrus and soft spicy aromas into the mix. On its own it seemed a bit awkward and young, which it was, but with food it blossomed. 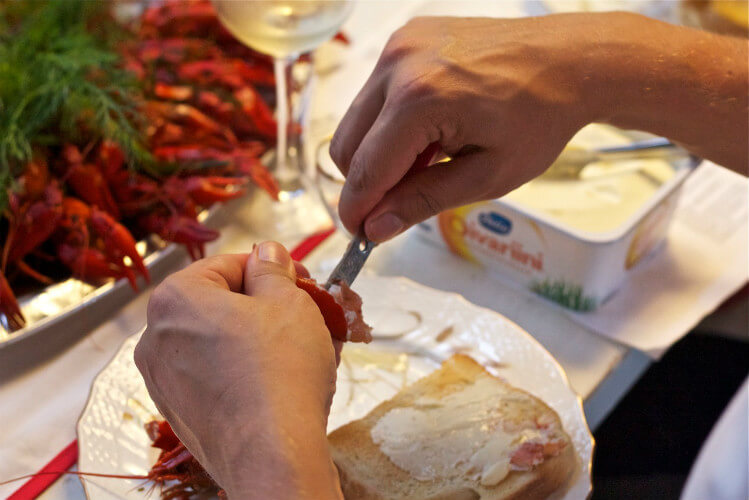 Then we poured another round of akvavit and the singing continued. This might not be the best way to ensure you detect all the nuances in a wine but boy is it fun. Next up was the main dish, la écrevisse, the crayfish. My mother-in-law carries two big plates full of these little buggers which inspires me to sing another drinking song. And yes, another shot of akvavit. I stumble into the kitchen, pick a bottle of the Quinta de Santiago Alvarinho 2012 (previous wine’s little brother) and head back to the table. Meanwhile my father-in-law had poured another round of shots and down it goes. At this point the crayfish shells are flying all over, noisy slurping sounds echo in the room, noisy laughing and some more singing. The atmosphere is rowdy but everyone is happy. I serve the alvarinho while trying not to get stabbed with the crayfish knife. The reserve was a solid food pairing, very nice. But this young alvarinho with the little red devils was something superb. The crayfish are full of this salty dill water which combined amazingly well with the alvarinhos fresh peachy character and the saline-like kick in the finish. I didn’t know this producer well before but this definitely got me interested and I look forward to tasting more of their wines in the future. 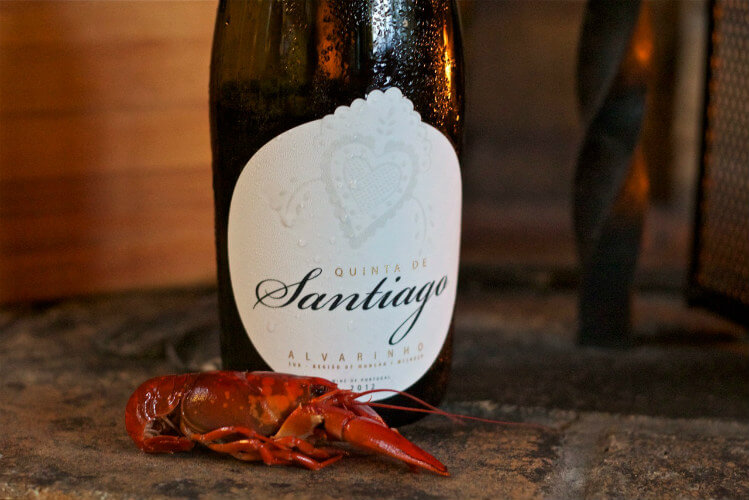 After we devoured the crayfish it was time for dessert. I remember there was port wine and maybe a song or two. When it was all over, well after midnight, it was time for round two of sauna. Nothing like a 90°C steaming sauna session as a digestif. The laughing, singing, drinking and all sorts of disorderly conduct continued to the break of dawn. It was a proper Finnish bacchanalia. Luckily we do it only once a year.