More «generous» than the others

I confess I don’t get the need to differentiate wines in «generous» (fortified) and liqueur when they’re practically the same. The difference isn’t subtle, for the terms differentiate nobility from common people. The «generous» wines are produced in DOCs while the liqueur are labeled IPR or just table wine.

It’s not really quite like that. «Generous» are the Porto, Madeira, Setúbal and Carcavelos wines. Obviously, there are simple liqueur wines that are better than some fortified. 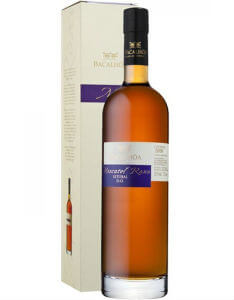 Ignoring the semantics – because «all» the wine is «generous» – it matters to point out the ability that the Portuguese possess to produce these nectars. The process is «simple», that’s why there are multiple imitations – almost all with malice -, but it’s not like boiling eggs. The Port wine is the obvious victim. A fate that only reinforces its importance.

There are those who classify the late harvest wines – foremost examples are the Tokaji (Tokay, in former nomenclature) and the Sauterne – as «generous». Mistakenly, as far as I see, because the methods are distinct. I’m neither academic nor oenologist, so in this discussion, I’ll refrain myself, and I’ll even recognize that it’s a pickiness.

To each mouth, its judgment! To each nose, ditto. In the wonderful world of wine fit grape varieties and regions, which sometimes are nearly the same thing. From the washed-out white to the darkest, there are nectars that we prefer.

Of all, the «generous» fascinate me (liqueur included), they are capable of everything. From appetizer to dessert, starter or conversation’s companion. In this rectangle of mainland and both autonomous archipelagos there’s a multiplicity of genres.

The personalities come from the grapes, locations, and men’s practices. Somebody wrote, in the XIX century, that there are as many Porto wine varieties as there are ribbons on a haberdasher. The IVDP’s website itself does not make reference to all its varieties… now, the Madeira, I think its study is sort of like a Degree. 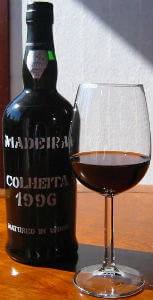 I’ve got a very special affection by the Carcavelos wine, a monument that Lisbon city – in its metropolitan dimension – eroded, leaving next to nothing to do. The demarcation encompasses parts of the Oeiras and Cascais municipalities. There are at most five estates that are fit to produce this wine near the sea. One of them is in charge of public authorities – Oeiras City Hall and the Agriculture Ministry – and the others live in a silent darkness. 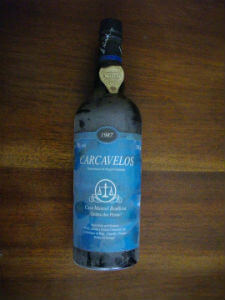 The municipality’s oenologist told me that, when they went forward with the idea of producing Carcavelos wine it was impossible to find a conducting wire. After the many bottles that they tasted, each producer had its own style.

On the one hand it’s good, because it opens up the window to fantasy: «What might it have been? How good it would be if… Ah! If I could… ». On the other hand, it’s depressing because it’s a collection impossible to recuperate. Five or six estates cannot draw the painting.

The Carcavelos wine is some sort of Iberian lynx or brown bear. But political power through public entities’ actions, can interpose in its conservation. The Agricultural Ministry gives the land and the Oeiras Municipality does the job. 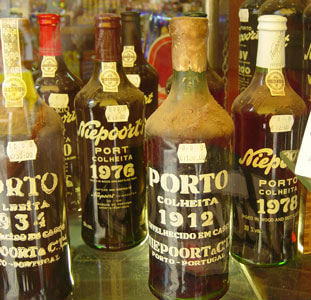 There’s no such thing as the «best wine on earth»… but generally speaking, we have two of the greatest wines of the world: Porto and Madeira. Woefully unknown to the majority of Portuguese people. One of the many idiosyncrasies…