Quinta do Francês, the doctor who dreamed being a winemaker Herdade de Vale Barqueiros

February 8, 2016 no comments in Uncategorized

Now that I made my numerological joke, the Hexagon wines (white and red) are the proof that the number six means wisdom and not chance. Six because that’s the number of grape varieties used to make them, and they come from different plots.

The first vintage dates to 2006, made with the 2000 vintage, and only the red was made. I remember taking it to a dinner of friends and their rection was joy. Alexandre, a regular reactive involuntary, was literally gaping and uttering profanities in the complimentary sense: F***, WHAT A BIG WINE! F***!

Fortunately, the Hexagon wines are always different. It’s an asset for those who like the expression of nature – although this means some are better than others. For those who rather a formula that grants uniformity vintage after vintage I recommend you not to drink them. I’m not criticizing, to me they are equally tenable and legitimate choices.

I have them all at a high quality level so it’s hard for me not express some personal taste. I’ll probably be a little “childish”: the first and the last are the best. But then again, my memory might betray me.

Due to this formula the aromatic description becomes quite large – it’s just that this wine did not get in its mix the «bitumen» that takes the character of the grapes. So the list is extent, complex and tiresome. In fact, the aromas evolve, get replaced and return. I’ll let the oenophiles get entertained. 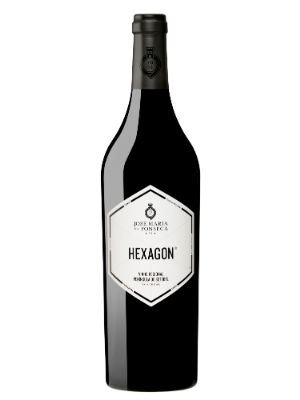 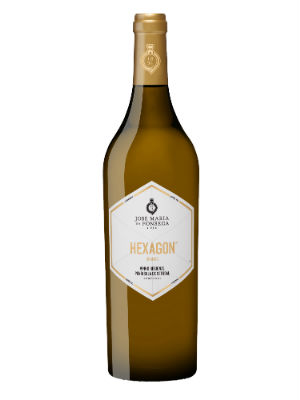 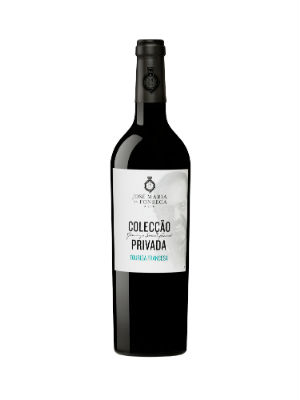 In the mouth it follows the same organoleptic characteristics. Add up elegance, mouth filling, deepness and a long finish.

I also like a lot the number four, just as I like the number eight. Hexagon white 2013 is, in fact, a square. What I don’t like is the Antão Vaz grape variety. I’m going to repeat what I always say: one thing is taste, quality is another.

Hexagon white 2013 is a blend of Viosinho (34%), Verdelho (30,5%), Antão Vaz (20%) and Alvarinho (15,5%). If the first grape variety is a cut in the shaving, the second one is just of eyebrow raising… the way this grape variety of the Northern Vinho Verde region manifests in the south doesn’t…

The Touriga Francesa grape variety is the big soul of the Douro wine region and got its name (so I believe) because it has arisen at the time that in France hybrids were being made. I think the author remains anonymous but we do know that that this grape variety is a daughter of Touriga that at the time did not needed to be named «Nacional» and Mourisco. The first behaves good in the winery but it’s tricky in the field, the second one is the opposite.

It could have been born with the bad genes of both but what came out was an extraordinary plant – to me it’s the best Portuguese red grape variety. However, rare are the cases where it shows itself with the Douro soul. And it’s a grape variety that likes company in the bottle.

Of those rare cases I only recall two producers who can drive it as if it was a Lamborghini – I apologize but it’s the only brand of super sports cars that I like. They are José Mota Capitão (Herdade do Portocarro) and Domingos Soares Franco.

It was with the certainty that José Maria da Fonseca’s Head Winemaker has «fingers» to drive the Miura, and the childish excitation of a new toy, that I opened the bottle.  – it’s the second time in this text I accuse myself of being a child, it might be a serious thing.

Well, the quality is nothing new, and it also applies to Collecção Privada and Hexagon. Therefore, I cannot run from «my taste’s» classification.

It’s not the Douro’s Touriga Franca but it’s also an excellency! When I tasted it I was surprisingly assailed: some floral notes of orange tree, nothing excessive. I commented that I had never experienced something like that – even in reds of different grape varities.

When I sneakpeaked the technical sheet I realized there was some «cheating»… or better, that Domingos Soares Franco was riding the Lamborghini in a race track, with fuel, prepared for competition.