Alambre Moscatel Roxo 2010, I’m sexy and I know it

The Moscatel Roxo de Setúbal grape variety is a rare grape that was in extinction risk in the last century. The difference to its white homonymous, Moscatel de Setúbal, starts in its purple hue but also in the refined differences of the aroma and palate, which originate exclusive and fine cut wines. And when we talk about its saving from extinction comes into play the oldest producer of Moscatel de Setúbal, José Maria da Fonseca.

It was by the hands of Fernando Soares Franco (5th generation of the family) that the last hectare of Moscatel Roxo in the region was saved. Back then it was located in Quinta de Camarate. Nowadays the grape variety spreads over about 40 ha in all the region, 10 of which belong to José Maria da Fonseca. This grape variety now shows its versatility in the hands of the experienced winemaking team, and the consumer can taste fortified wines, rosé and sparkling wines. 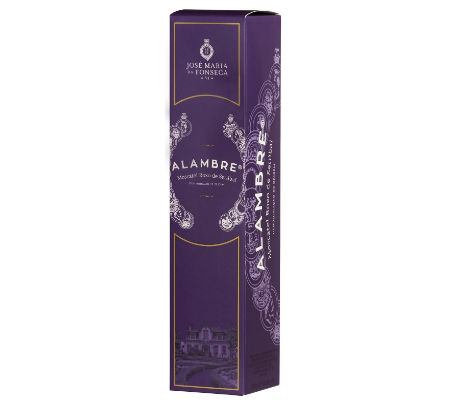 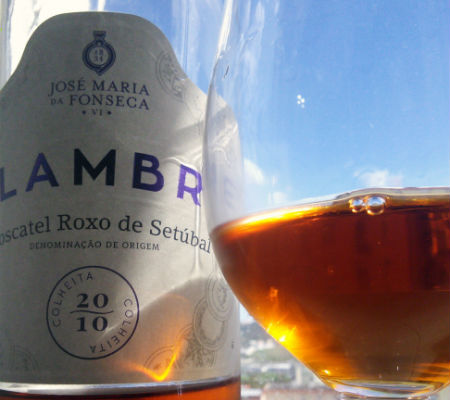 The last novelty to be launched was this Alambre Moscatel Roxo 2010, an entry range Moscatel Roxo, which is accessible to a broader audience since the fortified wines from this house are generally more expensive than the others. So they decided to present a younger and modern Moscatel Roxo, fresh, direct and without all the complexity and density that, for example, a Roxo 20 years shows us. It’s a wine with the quality that this producer has already used us to but that at the same time can be enjoyed in a relaxing way at end of the afternoon in a balcony with our friends. This more direct approach is welcomed because not everything in life has to be faced in a suit and tie, with a formal tone just because the wine they pour into our glass so demands. Here and in this case with the Alambre Roxo 2010 we experience a festive mood, because the way that the set unfolds invites to that, it’s fresh, appealing, merges sweetness/acidity/concentration in such a way that becomes an immediate success at the table.